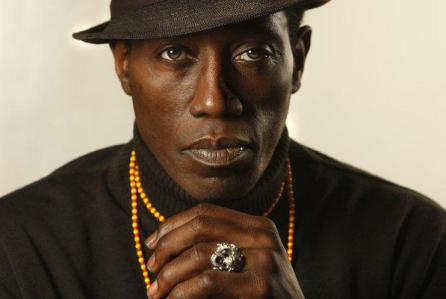 Wesley Snipes is adding author to his résumé: The Blade actor’s first novel, a supernatural thriller called Talon of God, has landed at HarperCollins’ imprint Harper Voyager. The book, co-authored with Ray Norman, will be published in July.

The novel’s lead characters are Lauren Jefferson, a young doctor who becomes embroiled in an apocalyptic battle between the forces of heaven and hell, and Talon Hunter, a spirit warrior.

Snipes described the premise to Deadline: “There are spiritual warriors that inhabit this planet who are here to help balance out the evil forces, and they are always looking for the next apprentice. And when they find the next apprentice to train — the next heir apparent — then they can move on to the higher realms.” The reluctant Lauren is chosen.

“The lead character Lauren is a very spiritual person,” Snipes said. “A spiritual woman, and her father is a minister who is put to the challenge. Lauren has been chosen to be a Holy Warrior here on Earth. She’s a doctor; her father is a Baptist minister.”

Snipes said he and Norman developed the book with the intention of an eventual screen adaptation. “Without a doubt,” Snipes said, adding he specifically wrote a strong female lead “to bridge the gap in terms of equality of action content for women.” Snipes said the book has “an urban element, a hip-hop element, supernatural elements.”

The actor said he’s been working on the book with Norman for two years, and that the two met after contemplating an earlier project together. Norman is a first-time novelist who has ghost-written books on health, nutrition and spiritual self-help.

Snipes compared the tone of the novel to films The Devil’s Advocate, Constantine “and little bits of Blade thrown in there.”