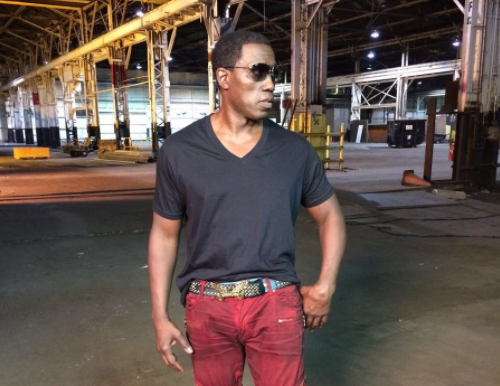 Action star Wesley Snipes, known for movies such as “Blade” and “Demolition Job,” is promoting his new book “Talon of God,” which is co-authored by Ray Norman.

The book will be published in July by HarperCollins’ imprint Harper Voyager. It is a work of fiction following the life of Lauren Jefferson, a young doctor who becomes involved in an apocalyptic battle between the forces of heaven and hell. Lauren even teams up with Talon Hunter, a spirit warrior.

Snipes shared with Deadline the premise of his book: “There are spiritual warriors that inhabit this planet who are here to help balance out the evil forces, and they are always looking for the next apprentice. And when they find the next apprentice to train — the next heir apparent — then they can move on to the higher realms.”

Lauren is chosen, but she is reluctant to claim the task at hand. “The lead character Lauren is a very spiritual person,” Snipes said. “A spiritual woman, and her father is a minister who is put to the challenge. Lauren has been chosen to be a Holy Warrior here on Earth. She’s a doctor; her father is a Baptist minister.”

Snipes said he and Norman wrote the book with hopes of translating it into film. Snipes said they created a strong female lead “to bridge the gap in terms of equality of action content for women.”

Advertisement
To cater to a broader audience, the book contains “an urban element, a hip-hop element, [and] supernatural elements.” It is somewhat similar to other novel-turned-films such as “The Devil’s Advocate” and “Constantine.”

The action star believes those who read the book will be encouraged to reflect on the role of faith in one’s life. “There are spiritual questions. Are there demonic forces in the world that manipulate us into doing things that are not in our best interests or into accepting conditions that are not in our best interests? The human mind is pretty intriguing, why we do some of the things we do,” he said.